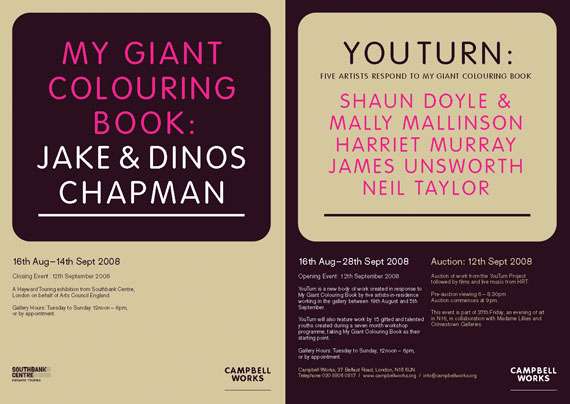 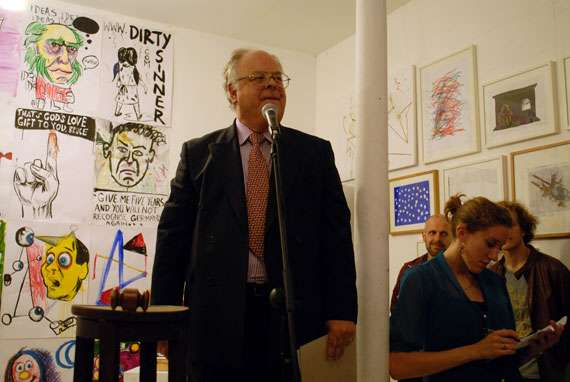 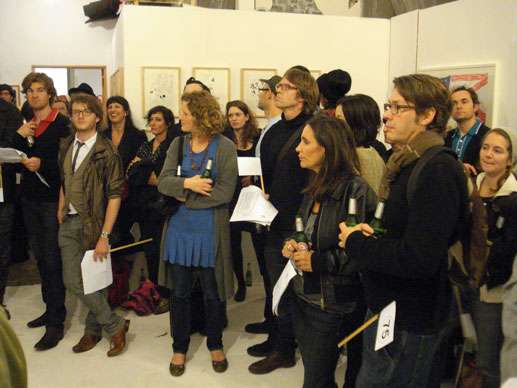 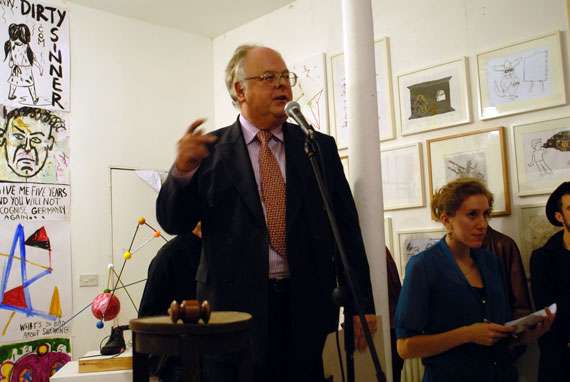 The YouTurn project is a counterpart to Jake and Dinos Chapman’s series of etchings My Giant Colouring Book (showing at Campbell Works in August 2008) and will be formed of a functioning artist’s studio with a curated artist-in-residence programme. Campbell Works will commission 5 artists to take up residence in the ‘studio’ during the exhibition to create a new body of work in direct response to the Chapman’s imagery.

All areas of the YouTurn exhibition will be open to the public in the same way as a conventional exhibition space, with the resident artists becoming exhibit, part performer. In addition, visitors to the show can take part and step over the line from to , to create their own response and become part of the exhibition.

Through the process of modification and reworking, new images evolve, creating parallel interpretations and reference points. You-Turn will extend this working process and utilise the same irreverent respect towards the work of the Chapman Brothers. Taking “My Giant Colouring Book” as the starting point to create new work, YouTurn will continue Campbell Works’s enquiry into ideas surrounding authorship of imagery and question the process by which art and aesthetics evolve. Campbell Works first explored these ideas with ‘The Good Bad’ (2004) and “On Trust” (June 2007)

YouTurn will also feature work by 15 gifted and talented youths created during a seven-month workshop programme, taking My Giant Colouring Book as their starting point.

Artwork Auction from the project followed by films and music. 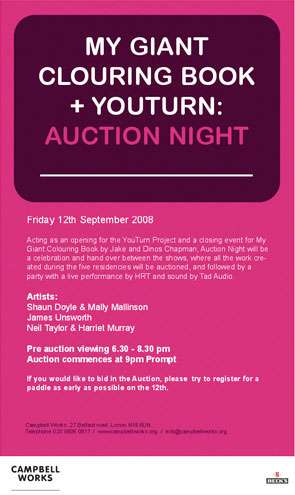