Campbell Works is delighted to present Transitional States, a project initiated by a collective of artists who have a common interest in the role of moving image and networks of distribution amid increasingly precarious conditions for studio and exhibition spaces. Having met during the LUX critical forum in London, 2018, they are testing their shared concerns through a group exhibition and publishing project.

Ongoing questions the group have been addressing; what potential does collaboration offer in the increasingly private spaces of art and creative production? How has the network become implicit in the distribution of moving image? Can art differentiate itself from online ‘content’? Transitional States has no defined end point but will attempt to create a few haptic moments in an increasingly immaterial process.

The exhibition and accompanying publication are part of Artlicks 2019 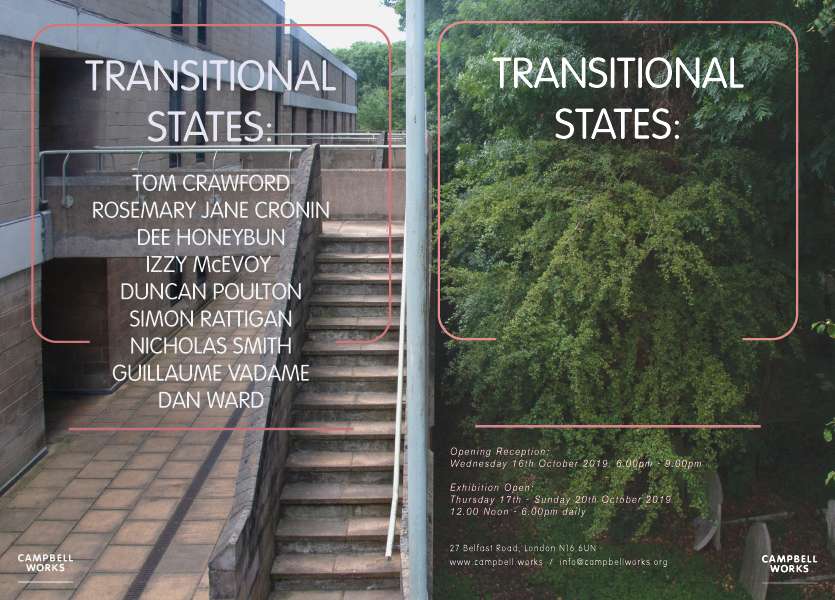 Tom Crawford works with moving image, painting, print and installation. His video work draws on methods of abstraction, using found and original footage to construct narratives that consider nostalgia and its role in distorting the imaginable future. http://www.tcrawford.co.uk/

Dee Honeybun is a London based filmmaker and photographer who reinterprets material shot in public spaces as a starting point to develop themes around communication and the screen. http://www.deehoneybun.com/

Simon Rattigan is an artist living and working in London. He has developed his practice through sculpture, installation and experimental film and video.

Nicholas Smith utilises his practice to investigate the construction of publicness through site and image, specifically focusing on moments of departure and or arrival in society that link history to place-making. He founded Relief Press in 2013. https://www.nrtsmith.com/

Guillaume Vadame’s practice is often about facilitating social situations whereby participants can have an active role in the outcome of the work. These situations are always free and the artist aims to work with a range of different audiences which can coexist within one community. 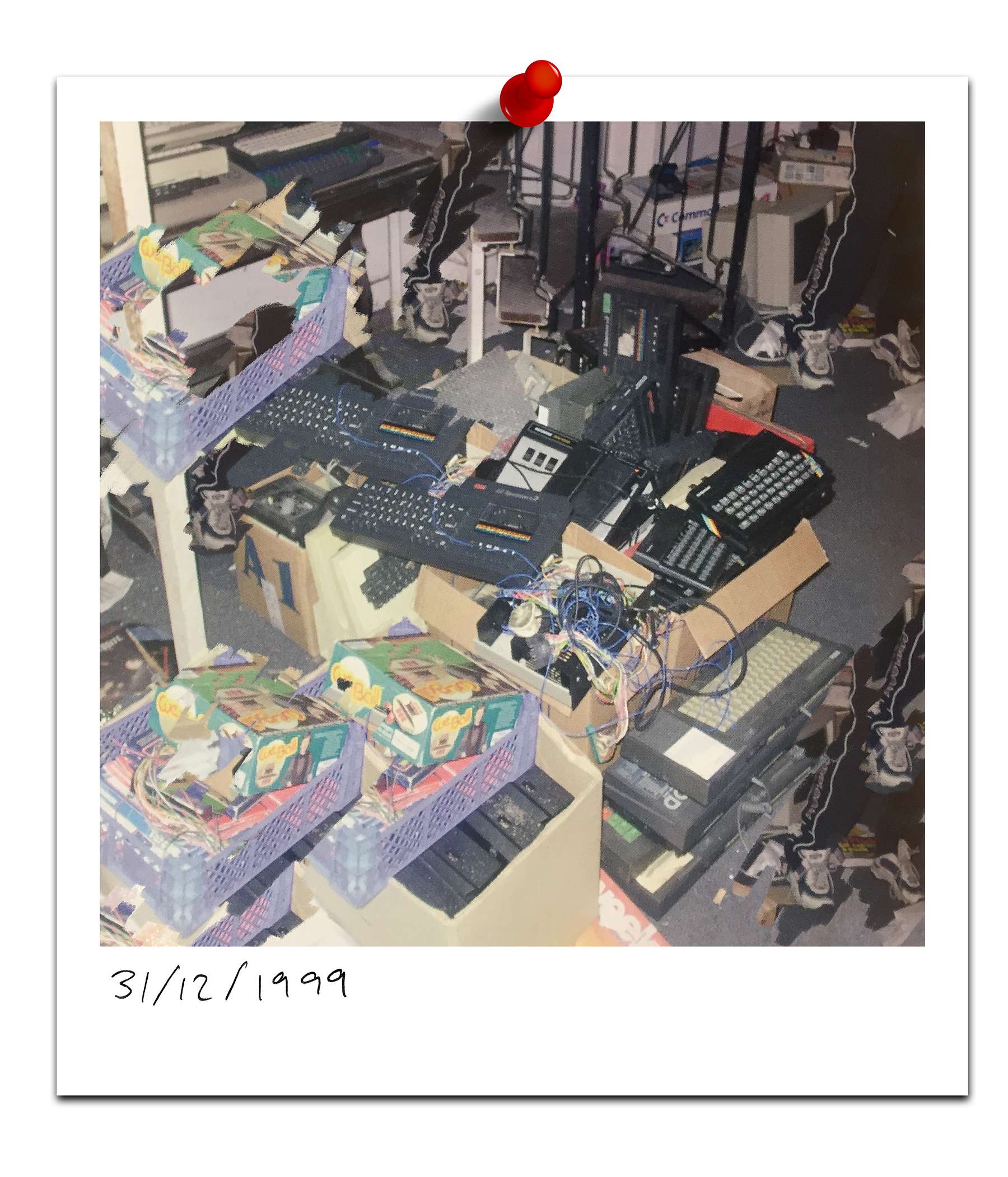