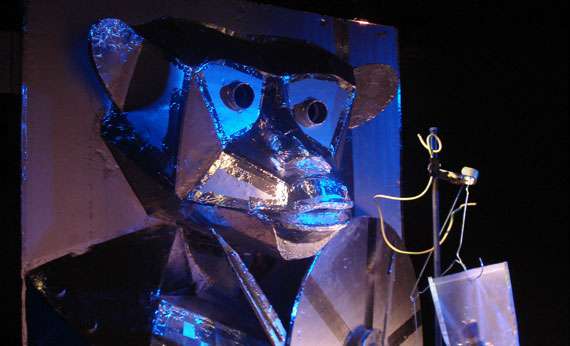 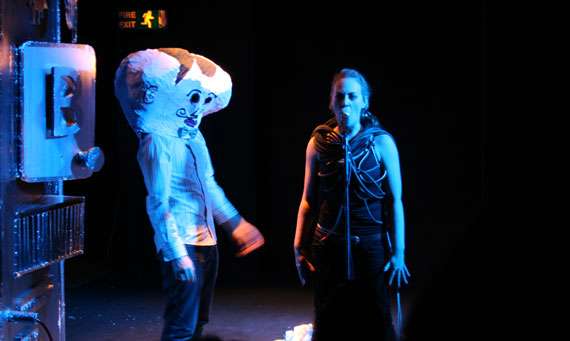 Campbell Works was invited by Greg Mclaren and Neil Bennun to create the set and art direction for the Robot Show; an experimental theatre production for Battersea Arts Centre (BAC).

This provocative theatre performance explores experimental applications for the use of technologies and research within the role of the audience in the live event.

Dealing with themes of evolution, slavery, the myth of progress, modernity and recent advances in the fields of technology and biology, The Robot Show begins with ideas described by the philosopher John Gray, author of ‘Straw Dogs’, that all life on the planet is fundamentally similar, technology is as old as bacteria and even if the tools we make were to supercede us then, fundamentally, nothing terribly new would happen. Every member of our far-too-successful species still performs to the dictates of ancient bacteria fossilised in their mitochondrial DNA, but we still kill bacteria every time we clean the kitchen.