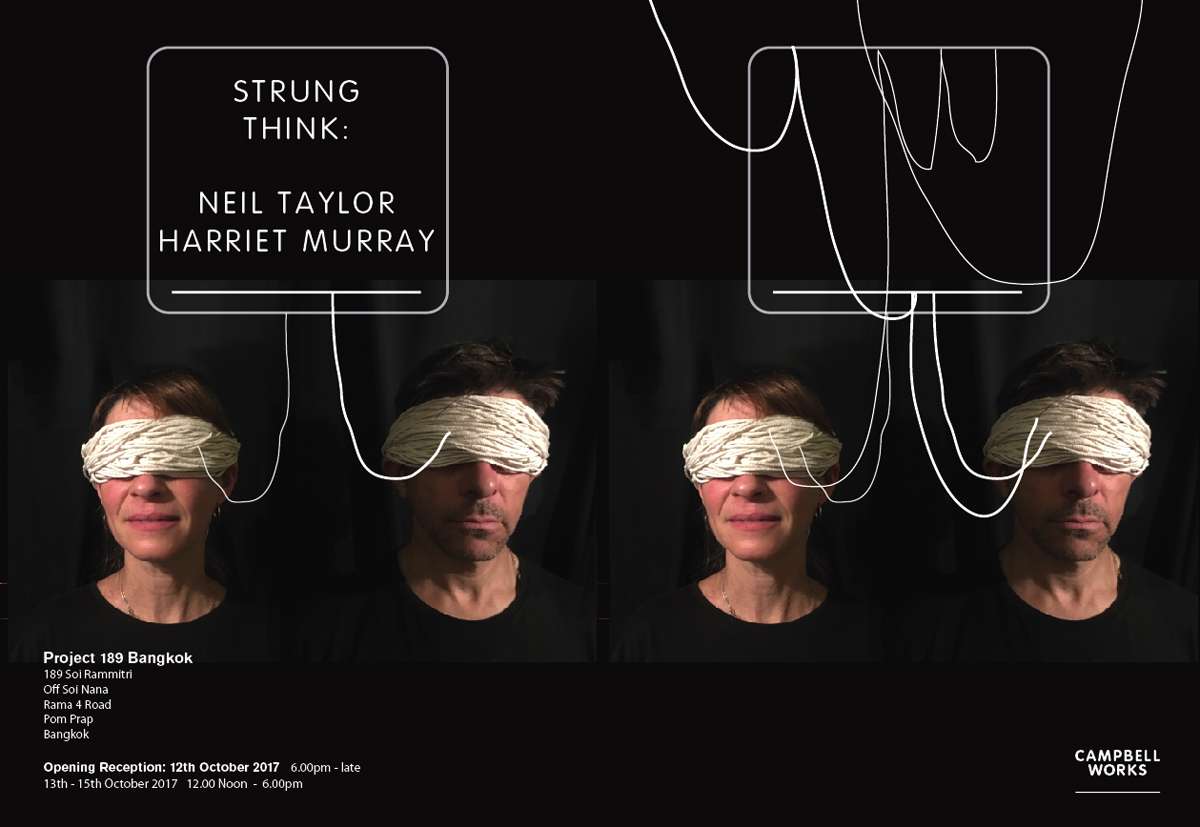 Following a two month residency at Project 189 in Bangkok, and coinciding with the funeral of King Bhumibol Adulyadej of Thailand, Neil Taylor & Harriet Murray presented Stung Think, a deep meditation on the nature of ‘passing over’ and on censorship.

The audience invited into a perforative installation that aims to expand our collective understanding of string and other things. The flippancy of this statement belies the seriousness of the quest. Artists, like all communicators, use and abuse metaphor to assist and disrupt their communications, to cause ripples in the tank of knowledge, to amuse and frustrate the viewer.

By the opening reception on the 12th October, artists Neil Taylor and Harriet Murray will have immersed themselves for six weeks in the shadowy back passages of Bangkok’s China Town. In their new installation for Project 189, Bangkok, Taylor and Murray get connected up to string, to further understand the relevance of this familiar household material and to explore the metaphorical associations it has here in Thailand.

Strung Think pays respect to the Buddhist tradition by referencing ‘sai sin’, a centuries-old tradition of connecting objects, people and points in space to a Buddha image with a continuous unbroken piece of string. A device commonly employed in Buddhist temples, the ‘sai sin’ forms a kind of analogue neural network, a crude physical manifestation of quantum consciousness, or as the artists think of it as ‘Web  -1.0’. Forget the ‘theory’, we’re talking ‘string’ here, skeins of it. Connecting the ‘works’ with the audience, through a web, through precise veins of organic matter, just feels better with string!

Project 189 Bangkok is a privately funded artist-in-residence programme and project space in the up and coming neighbourhood of Soi Nana in Bangkok’s bustling Chinatown. Since September 2015 a series of multi-disciplinary artists have lived in and transformed the refurbished shop house that is at the heart of Project 189 Bangkok.