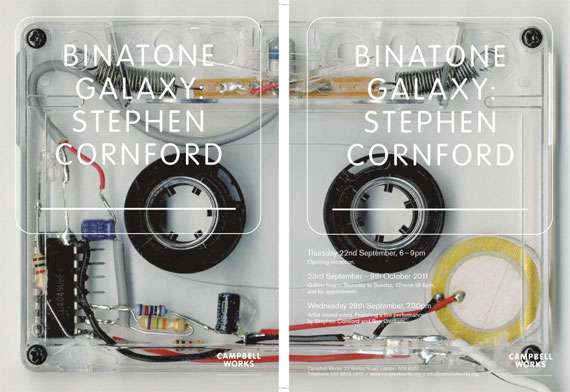 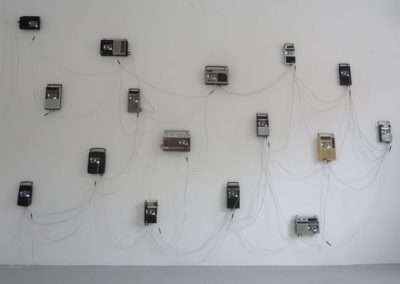 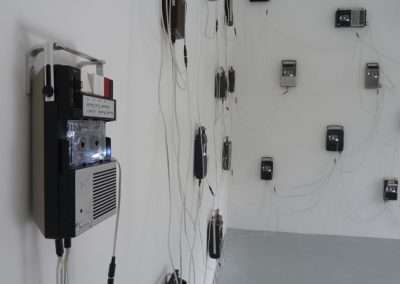 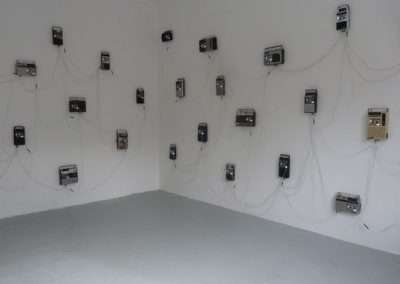 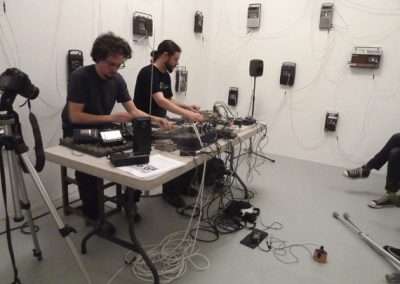 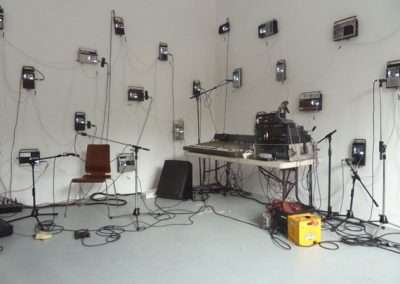 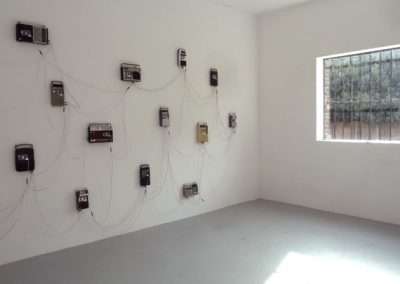 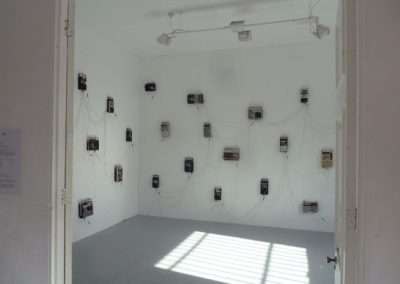 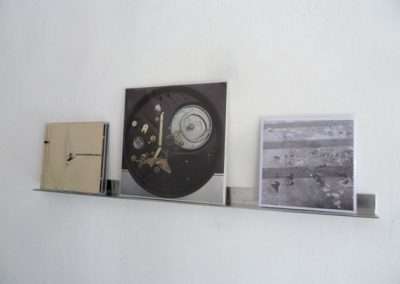 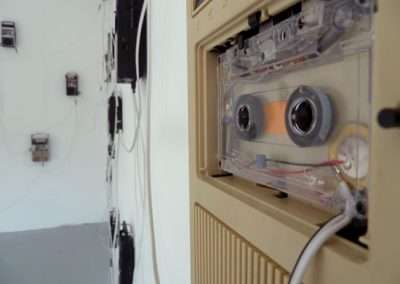 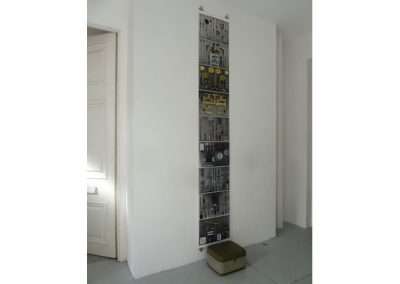 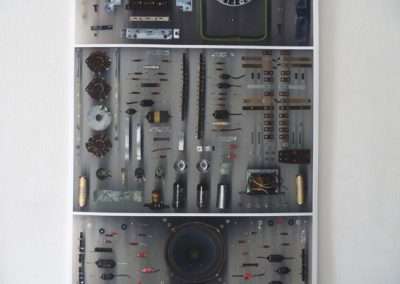 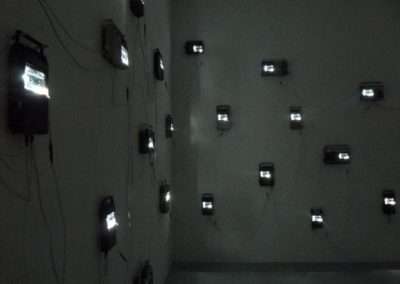 Stephen Cornford’s, practice exists at the intersection of sculpture and music, using sound and noise to investigate the physical qualities of the world around him.

For the next exhibition at Campbell Works, Cornford will create a new installation from a multitude of ageing cassette players. Viewing their obsolescence, not as an ending, but as an opportunity to reconsider their unique functional potential, their primary use as playback tools is superseded as they become instruments in their own right. By replacing the prerecorded content of each tape with a microphone, Cornford enables us to listen instead to the rhythmic and resonant properties of these once ubiquitous plastic shells. Binatone Galaxy brings us head to head with the acoustics of the cassette and the voices of the machines themselves.

Cornford’s maverick approach is that of the bricoleur in combining found objects, musical instruments and audio technologies, shifting our assumptions of the familiar by amplifying the previously inaudible. The subjective presence of the audience within the installation and their simultaneous exploration of the sound and space are crucial to the work, as motion sensors provoke a subjective and durational encounter. The work inhabits both gallery and gig, taking the forms of kinetic installation and process-based performance by turns, always searching for situations in which the material; whether solid, spatial or sonic; controls the outcome as much as our neurological encounter with it.

Stephen Cornford is currently a Research Fellow at the Sound Art Research Unit of Oxford Brookes University. He studied sculpture at the Slade School of Fine Art before completing a Masters in Time-Based Arts Practices at Dartington College of Arts.

In the last three years, Cornford has exhibited and performed extensively across the UK and Europe. Recent exhibitions include solo shows at Elevator Gallery (London) and Permanent Gallery (Brighton) and performances at ArtEx Sonora (MACUF, La Coruña), and All Around You (Arnolfini, Bristol). He also works as an improvising musician and has established ongoing collaborations with Samuel Rodgers, Ben Gwilliam and Patrick Farmer & Sarah Hughes.