Campbell Works is delighted to present, Saturation Trails, an exhibition of new works by Bristol-based artist Stephen Cornford. Saturation Trails will be Cornford’s second solo exhibition with the gallery following the highly acclaimed, Binatone Galaxy in 2011. 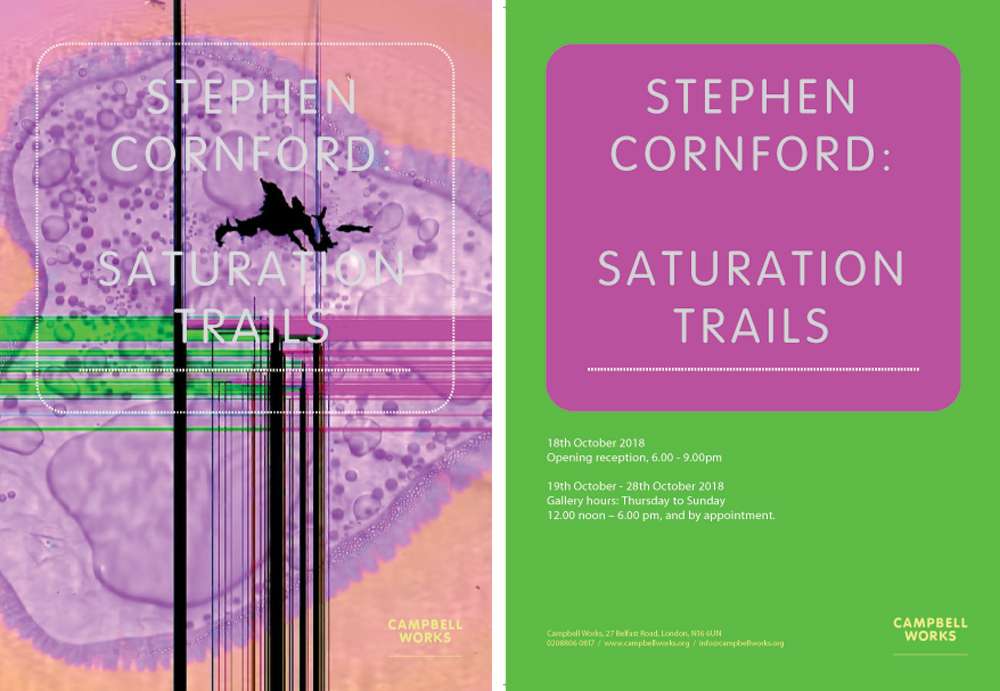 The works, shown here for the first time, represent an overview of Cornford’s ongoing research and interests in the age of affordable consumer high street technologies. At a time when Photography has been swallowed by computation, most of our images are now produced numerically by algorithms in microelectronic chips which are inaccessible and whose operation is opaque to most users. Through his physical intervention, Cornford’s work seeks to make this process visible, by literally squeezing out the pixelated guts of digital technologies to create extraordinary new images.

The works in this exhibition document three experiments that aim to reveal how these images are produced: how the camera captures photons and abstracts them into code. At the centre of this transduction of light into data is a photosensitive chip: the image sensor. Starting from the premise that it is only when representation falters that we perceive the medium itself, three processes were identified which could overexpose, fracture or erode this sensor. The videos in the exhibition document experiments which expose digital image sensors to lasers, acid and X-rays. In the process the microelectronic grid, the foundation of digital photography, is revealed: the opacity of the camera’s operation is laid bare as it struggles to resolve damage into an image.

Saturation Trails is a technical term used to refer to the effect of overexposing one area of a digital image. If a pixel is overexposed, the excess photons spill over into neighbouring pixels, affecting those around it. Cornford’s work questions what are the repercussions – the trails – of our social saturation with images?