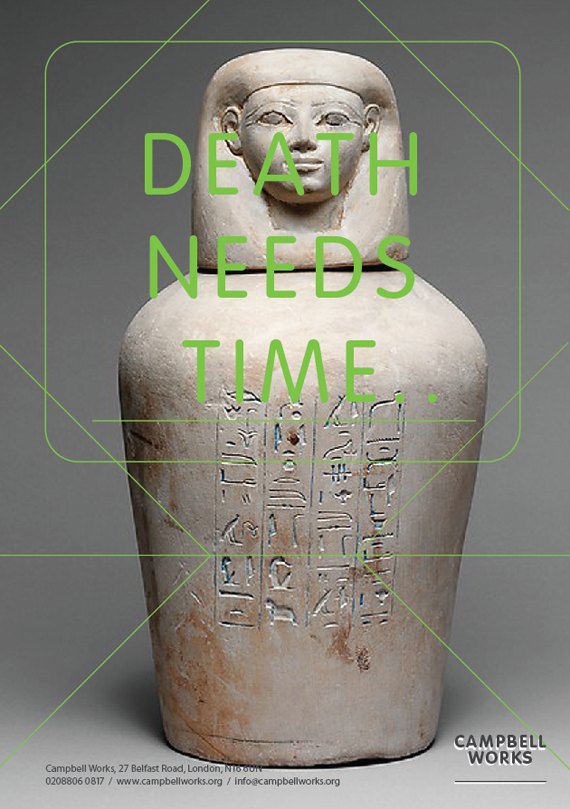 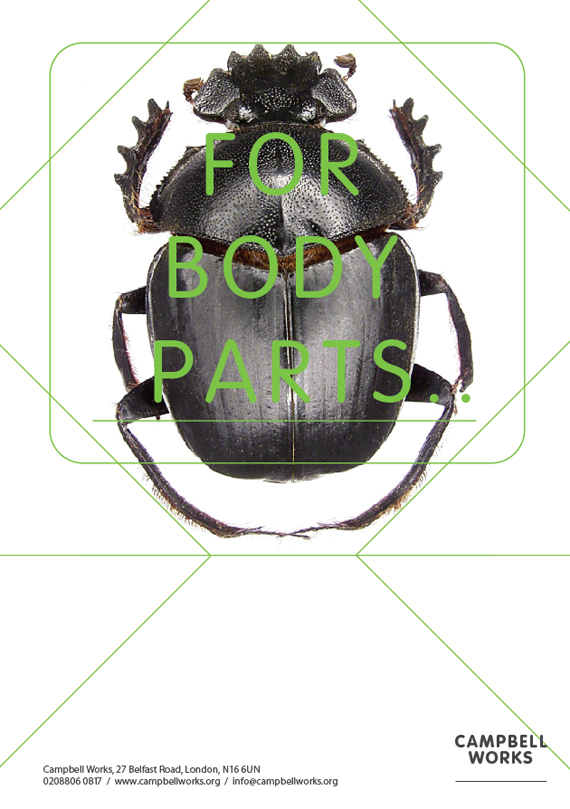 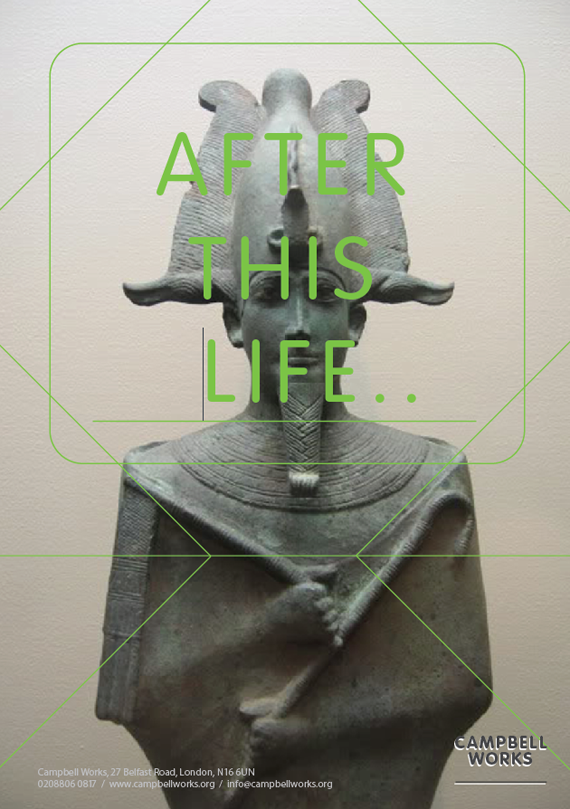 Campbell Works will be presenting the first workshop for their Project Osiris at:

Osiris was the beating heart of Ancient Egyptian life, god of the afterlife, the underworld, and the dead, but more appropriately as the god of transition, resurrection, and regeneration.

Project Osiris: is a new project being developed by Campbell Works, purposefully ambitious in scale and wide-reaching in its scope. Working with thirteen communities in thirteen regional locations the idea is to create thirteen artworks that correspond to a specific body part. These disparate works will then be brought together for an ambitious final installation, {Part Fourteen}.

The Osiris Myth provides the frame of reference for the project, with the artists collaborating and conducting research with various participating groups, which may include historians, scientists, faith leaders, ethicists and morticians. These conversations will inform the artworks and the contexts in which they manifest. Following these ‘events’ the thirteen works will form a curatorial ‘coming together’ which will represent the missing fourteenth part of Osiris (later fashioned by his wife Isis), and will include a roundtable debate that considers amongst other things the ‘cost’ and ‘weight’ of an ‘immortal’ human body.