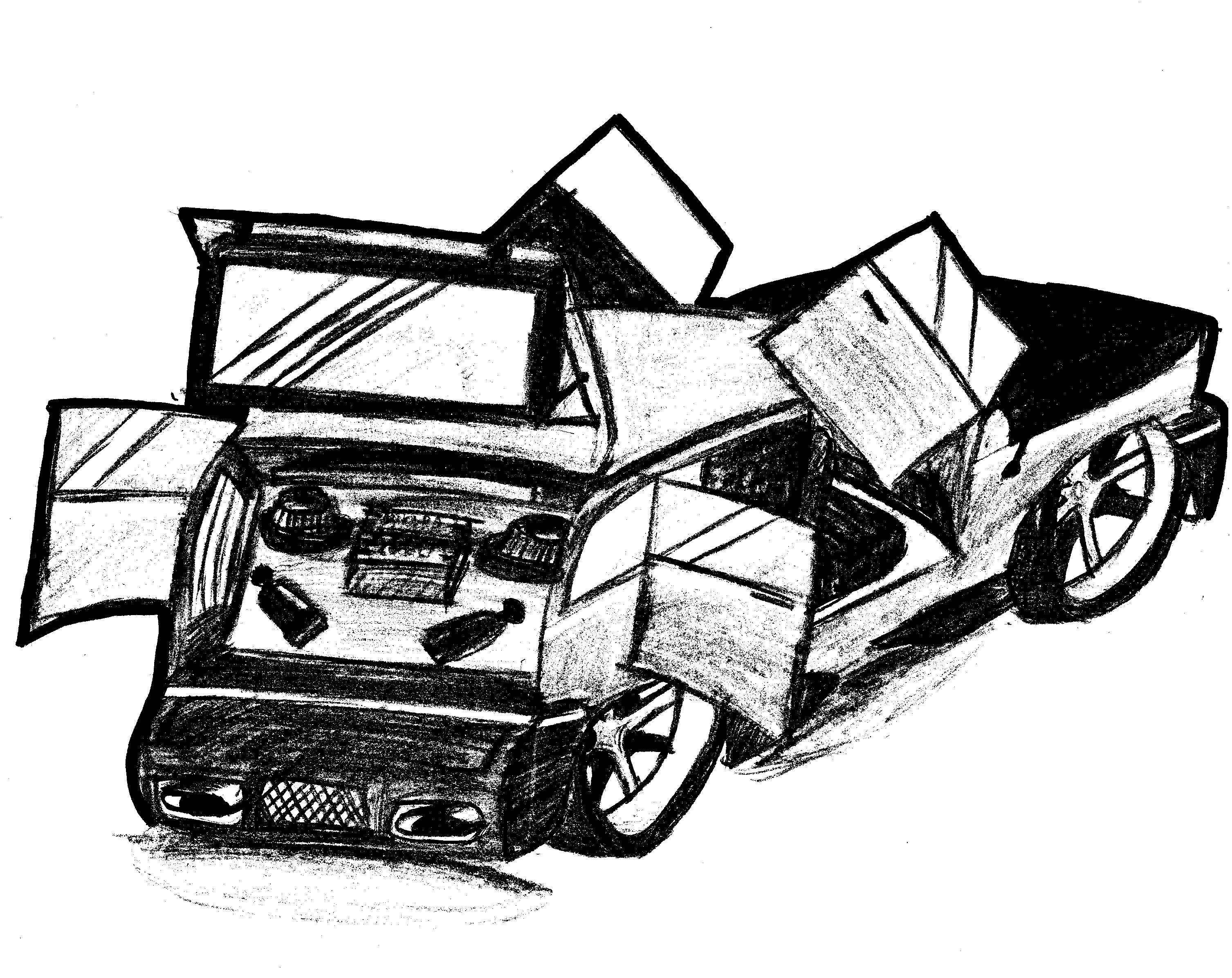 Ever designed your own car, or wanted to pimp some wheels? Dismantle an engine and put some bling in the thing? Well, the Pimp Car Project gets right under the hoods.

Popular modern British youth culture has long succumbed to the influences of East and West Coast of American ‘Rap’ – woman bitches, kids carry guns and there’s one solution to any problem. Violence. Forty ‘firearms’ incidents every day, if you believe the Home Office figures.

Ever younger generations aspire to Gangsta chic and the Pimp is of bling, but who was the pimp, and whats pimp now?

For the last two months a group of youths, garage mechanics and artists, led by Neil Taylor & Harriet Murray of Campbell Works have been developing the Pimp Car Project. The collision is now ready to view, and the final bling, a real live , will show a full-size handcrafted car made from cardboard and urban building material detritus on a slowly revolving turntable, brightly light, conjuring fantasy ‘Motor Show’ aesthetics. Alongside this constructed dream will be the de-constructed reality that was an oily engine.

Unstoppable and unforgivable, the Pimp Car conjures both respect and amusement, it represents a dream come true, but when the dream is over who mops up the mess?

With Special thanks to Atlanta Rascher. Photographer 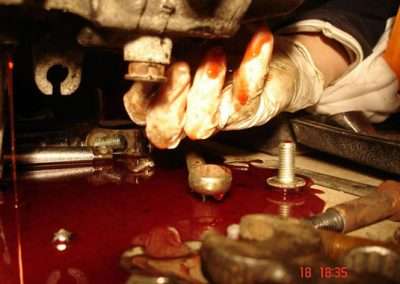 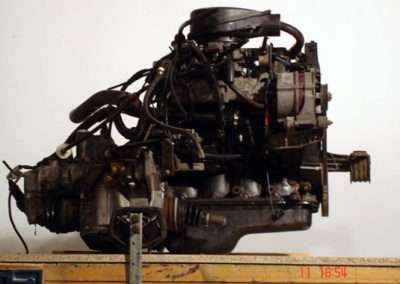 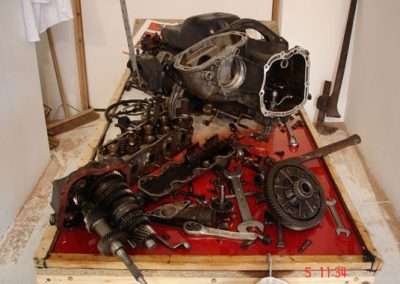 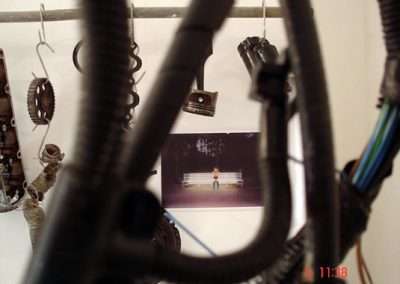 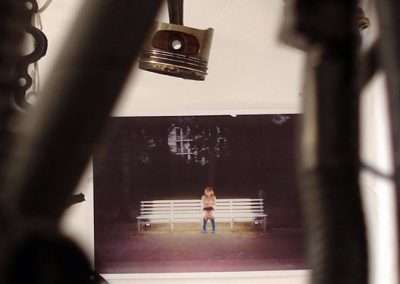 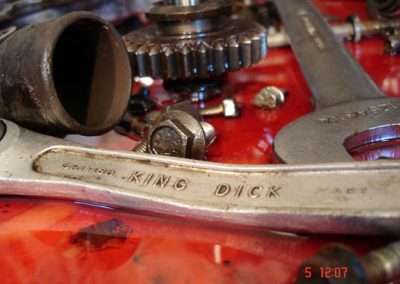 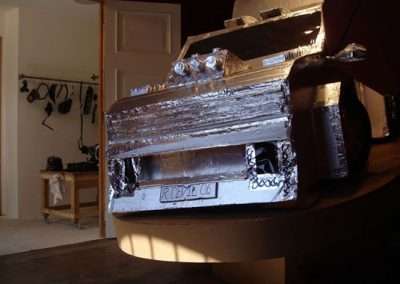 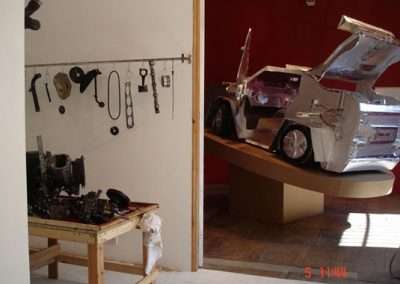 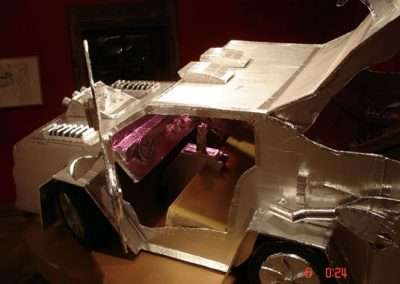