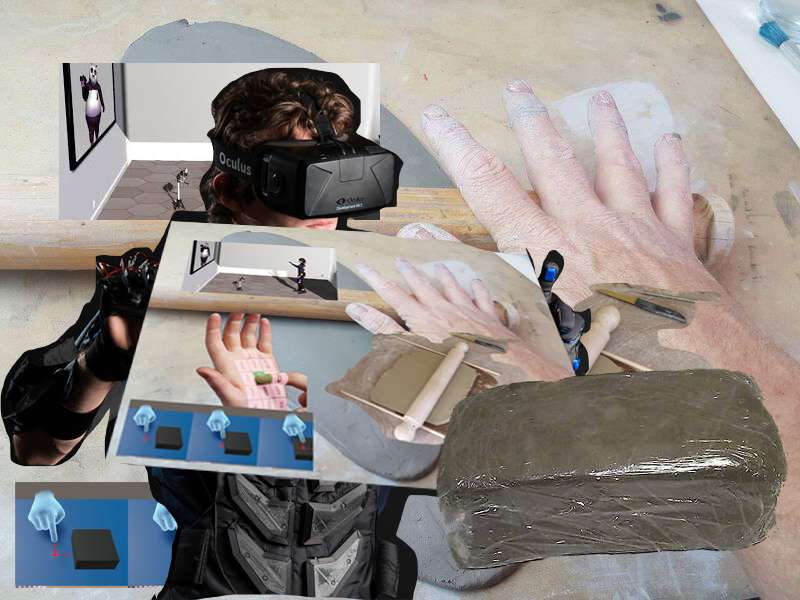 A chance to collectively explore ideas that surround materiality and the tactile relationship we have with the world around us. We are currently witnessing a ‘’ art world emerge, as pressures on space force other artists from the capital. Internet and digital production systems are beginning to dominate material based art ‘objects’.

What would the future look like if all art were manufactured by machines? Will artists become solely curators and art directors of their own ideas, removed from the tactile creation of the art object, and how does this affect those unexpected outcomes that make the creative process so exciting. At a time when many other industries, such as bread, cheese and beer, which have long been highly mechanised, begin to return to the artisanal item art seems to be travelling in the opposite direction.

Throughout the afternoon we hope to question if this is the desired direction art should take or simply the consequences of economic pressures and a seismic shift within our educational bias? Is this what society needs or wants, and more importantly is it what artists want?

Kate Hall is a qualified Sound Therapist (British Academy of Sound Therapy,[masked]), Yoga instructor and bodywork practitioner – (INstar Holistic Health) with 10 years plus experience working with diverse groups in workshops and classes and providing one to one treatments. 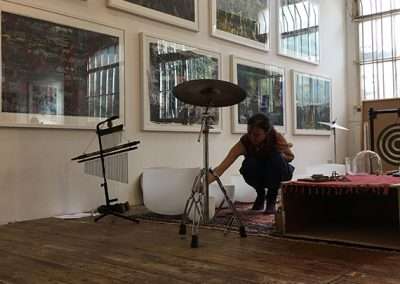 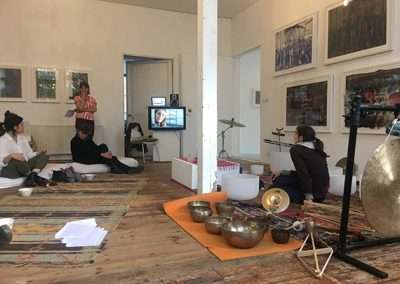 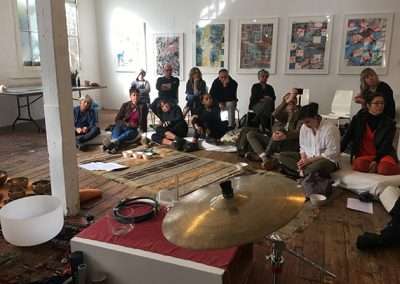 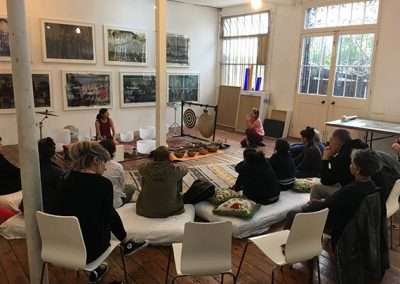 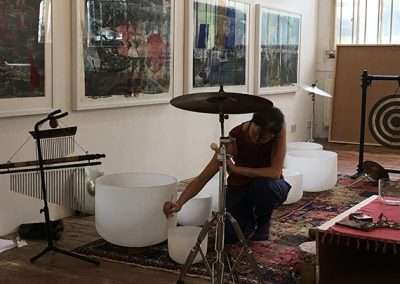 Over the last century, the role of god/gods have become far less important in relation to many aspects of our lives, there was a time when our ancestors would consult ‘god’ in regard to health, harvest, geological events from drought to floods, war, pretty much every aspect of life. Many of these areas now fall under the domain of ‘science’ and religions are now largely used as a confirmation of identity rather than the encyclopaedia to all knowledge.

We have moved from populations working together within a social environment ‘controlled/ governed’ by ‘God’ to one where humans began to believe in and free will, this incorporated ideas of the ‘deserving or deserving poor’, ideas where ‘work pays off for those who really try’, and ‘we get what we deserve’. We have now moved beyond some of that thinking helped along by scientific research into human biology indicating that free will is largely delusional, as we are primarily under the control of our genetics, our ‘in house’ bacteria and the socially accepted norms. Alongside all the scientific research current developments in AI have further eroded ‘free will’ as our ability to ‘hack humans’ is increasing rapidly, faster than most of us can comprehend.

The future is definitely going to be different, rapid change is/will be the new constant, adaptability within a virtual world as well as a changing geological world will be an essential skill, in a we will need to be able to re-train constantly, and acquire new skills throughout our lives. And yet we are still fundamentally the same unchanged biological units that we have always been since Neolithic times. So with such conflicting and almost polar opposite realities how should we educate and skill share? What will the next generation need to know?

We need to change the present prevailing out-dated notion of children as fact receptacles, that need filling up with as many facts as possible so that they can sound ‘educated’ amongst peers (the motivating reason for minors within the US University system). This approach to education is redundant and yet we are still using it, we need to teach the future generations emotional intelligence and a good mental balance that enables them to have the confidence to be able to access and question the algorithms of the future. We have as individuals on mass passed human authority over to algorithms, through Google, Amazon, Facebook and a multitude of other systems that recommend what we should eat, read and think. Humans will need to ‘know themselves’ better than we do at present, it is and has been possible to travel through life in a deluded personal state and achieve, but this will become an ever increasingly complex state to inhabit, and those that do will likely be exploited by the systems we are currently constructing. It is longer possible to remain unknown by the ‘system’ and algorithms can and will ‘know you’. Unless you have you will be unable to challenge the ‘recommendations’ that come to you, and they are increasingly no longer laughably absurd, but subtly accurate and appealing.

So where does creative thinking and more specifically Art fit in this What the meaning and use of Art? Is art fundamentally about human emotions and the stimulation of our emotional systems? One of the interesting things within the creative process is the very real possibility of mistakes and accidental outcomes, the judders that arrest the eye and cause the brain to ponder. How healthy is it if making mistakes becomes redundant, does it matter if you take a longer route from A to B, going off-piste, following your nose rather than Google, you may discover something amazing on the detour. If we collectively adopted a wholesale use of algorithmically derived suggestions we may well be travelling down the mediocre road to boredom, a sort of self-slavery, not so dissimilar the narrowing focus within the current education systems that have a preference for only one kind of intelligence, that of the quantifiable: the word and the number, leaving aside the haptic, creative and intuitive.  The historical realm of the creative thinker is a fall state with sensitivity to , tuned up awareness of materiality and the textures of society, which could all be very useful skills for our future.

So let’s not be afraid of chaos and let’s not fall into a trap of falsely identify the future as a scary chaotic place, as more likely the chaos of human behaviour will be eroded and replaced by ‘false certainty’, an illusion created by algorithmic recommendations. Remembering the extremely slow evolution of our biological selves, body and brains, developing alongside our environment can help us stay calm and assist understanding of our ‘automated human reactions’ that often identify rapidly changing states as chaos (the current speed of change we now have to process being relatively unknown over our evolution). We need to correctly identify what real dangers that may lie ahead and not be shy of making friends with our ancient innards. After how will we communicate when power fails but sing sweet maladies a cappella and drawing on walls?