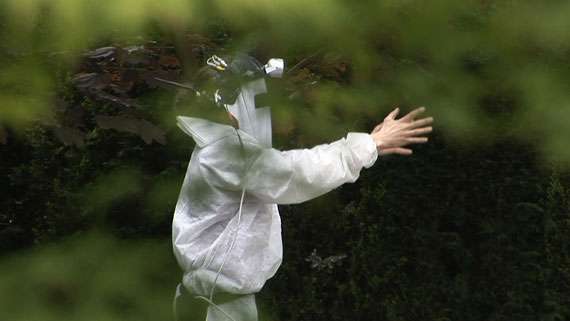 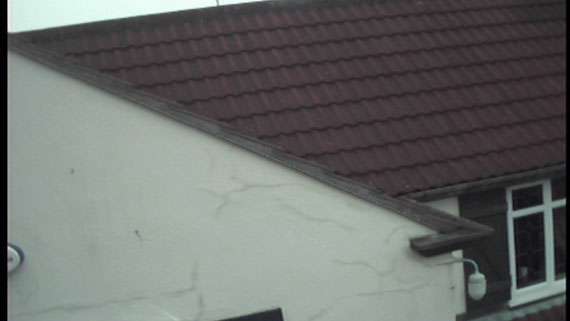 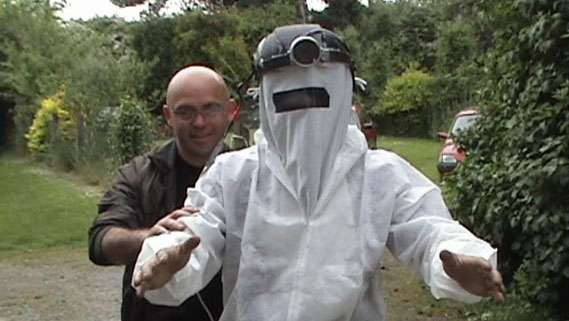 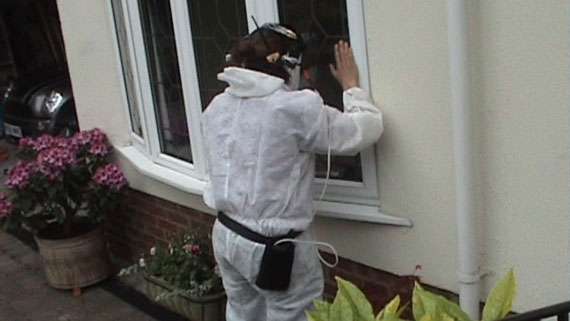 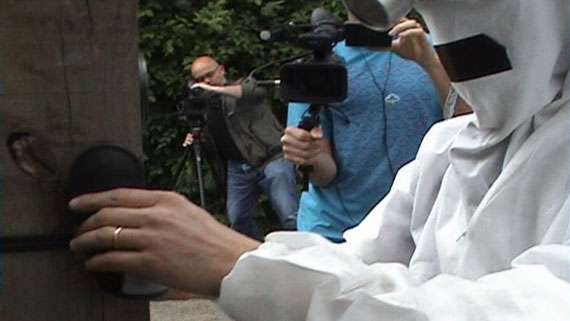 Returning blindfold to a house he lived in until age 5, we see an encounter between the artist, the current occupants of the house and the film crew involved in the production, gradually drift out of focus as it becomes unclear who’s memories are being explored.

In a search for the ‘Shed’, a place of both tranquility and horror in the artists psyche, we follow the journey around the house and garden, as this blindfolded central character, transmits surveillance footage in an attempt to prompt re-awakenings of limbic consciousness, the fact of awareness by the mind of itself in the world.

This film is an extract of a longer work, currently in production.

Performed and Directed by Neil Taylor

“I have always felt my characters all belong to the same family, whether they be fictional or non-fictional. They have no shadows, they are without pasts, they all emerge from the darkness….desperate and solitary rebels with no language. Inevitably they suffer because of this. They know their rebellion is doomed to failure, but they continue without respite.”