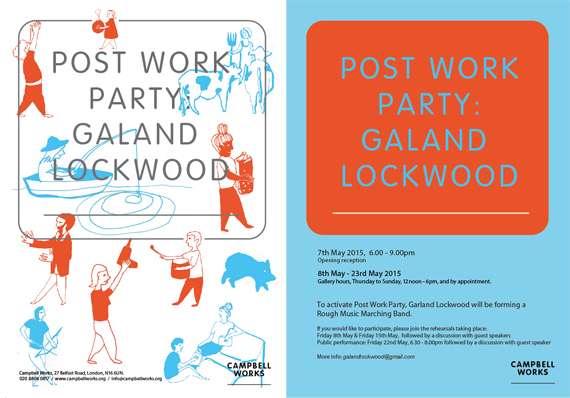 “The idea that some are free to use others as means to an end, while others are free to allow themselves to be used in that manner, has been proclaimed the very essence of freedom. The superb meeting point of these two freedoms is called employment.”  Frédéric Lordon

Post Work Party is a new project by artists Lucie Galand and Robbie Lockwood and will be their inaugural show at Campbell Works. With drawings, music and debates,  Lockwood explores the continuing grip that the ‘work ethic’ has on our political and social constructs, limiting the imagination to once again demand liberation from work.

The exhibition coincides with this year’s general election and its political platitudes to “hard-working families”. It also follows the May bank holiday, an event that combines pagan rites of spring, renewal and hope, with workers rights following 19th-century struggles. Let’s join in, casting a critical eye and ear on the whole spectacle and celebrate the Mayday demand to work less, where working less is progress.

“If nobody had to work for a wage any longer what would you do tomorrow?”

Galand Lockwood will orchestrate a new message through this question, summoning the voices of workers, the ‘sounds’ of not working and of the technologies that promise to liberate us from work.

To activate the Post Work Party,  Lockwood will form a Rough Music Marching Band, from rehearsals held throughout the exhibition period. Raise your voices, ideas and hopes, and plaster them on the free wall within the exhibition. Contribute ideas, songs and identify places deserving of some impromptu Rough Music, that is, propaganda sites for the ‘work ethic’.

As their starting point, three songs will ignite the Rough Music Marching Band, by posing a utopian no-work imaginary where the ‘handouts grow on bushes’ (Big Rock Candy Mountain); an emphatic resignation, attacking work functionaries, ‘that foreman, he’s a regular dog, the line boss, he’s a fool’ (Take This Job and Shove it); and an ironic swipe at the productivist worker who if ‘he says he’s happy, he must be happy in his work’ (Making Plans for Nigel).

Rough Music, which predates the 17th century (a rude cacophony…mockery or hostility against individuals who offended against certain community norms – E. P. Thompson) will be coupled with a marching band, tying the themes of the Post Work Party together with an emphasis on direct action, where the Party (political) exists only when coinciding with the party (celebration).

As Emma Goldman (probably) said: “If I can’t dance, it’s not my revolution!”

For more information about participating in the Rough Music Marching Band and attending the discussions email: galandlockwood@gmail.com 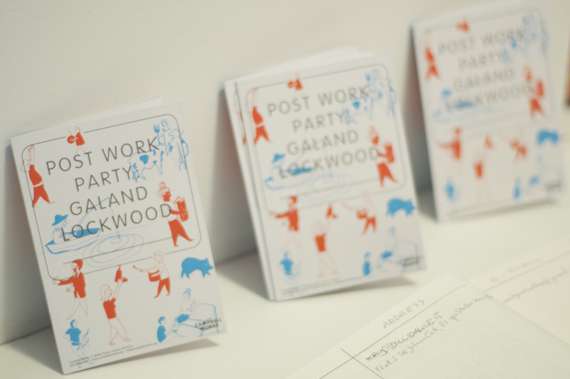 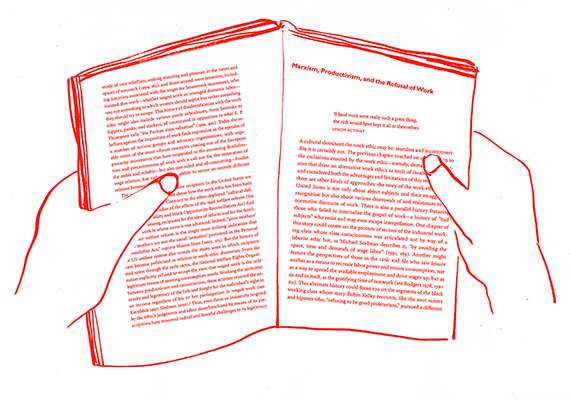 The Rough Music Marching Band will play whilst marching from Campbell Works to sites deserving of Rough Music condemnation.

Everybody’s welcome to sing or accompany in any way they wish. There’s no emphasis on musical ability, hopefully, we’ll have a mix of those who can already play or sing a bit and those who believe they cannot. Improvisation is welcome. Rhythms may be played on traditional instruments or other objects (especially work related).

2. Take This Job and Shove It

Lucie Galand and Robbie Lockwood met at a workshop conducted by the sound art collective Ultra-red in 2009.

In 2011 they began a project focusing on the theme of work in the form of archive, research and artworks. They conceive of work as the site where the individual experiences the results of the political system and its absurdities with regards to time and value. They are currently looking into the material conditions of artists, linking it with research around current socio-economic trends. In Post Work Party they are focusing on the imaginary toward a post-work society and how we might get there. 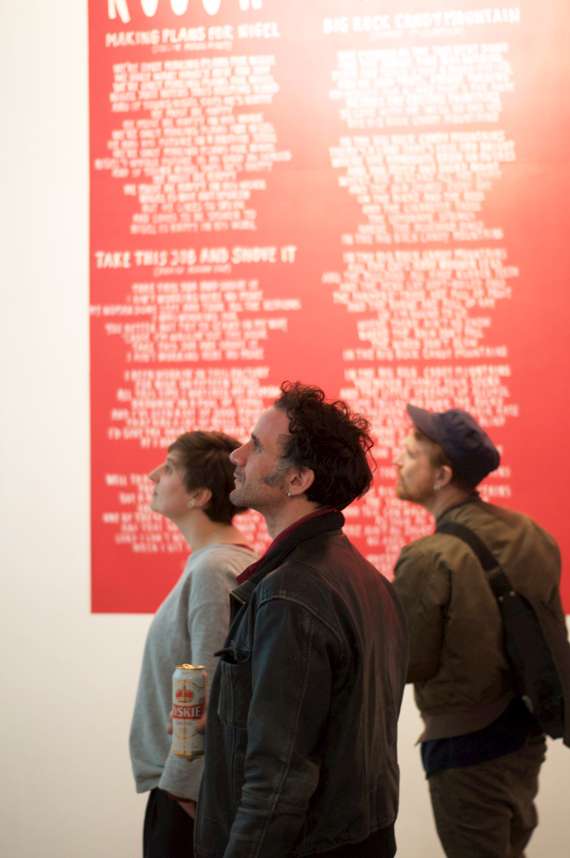