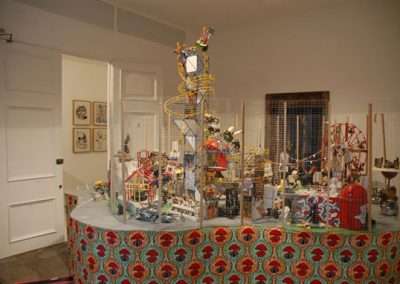 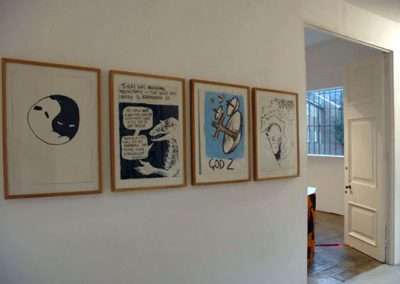 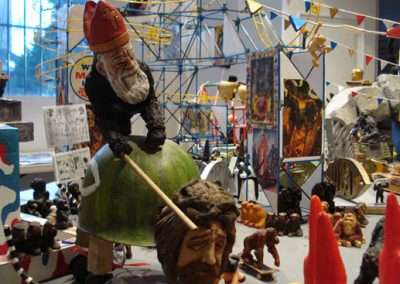 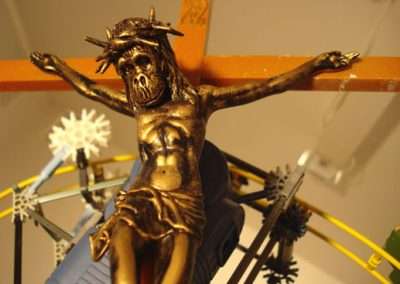 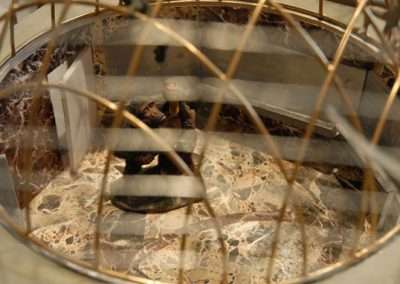 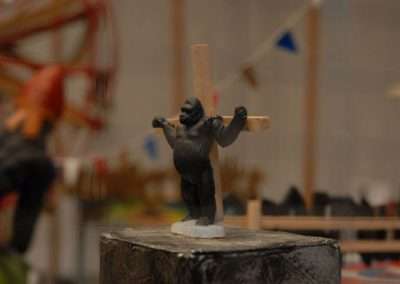 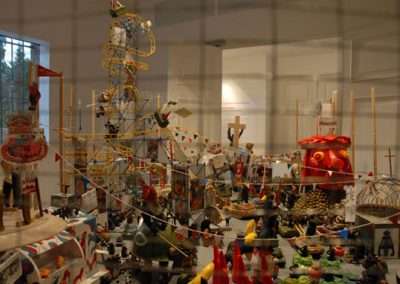 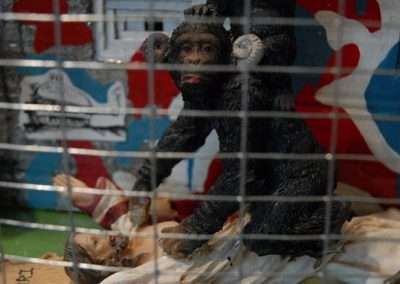 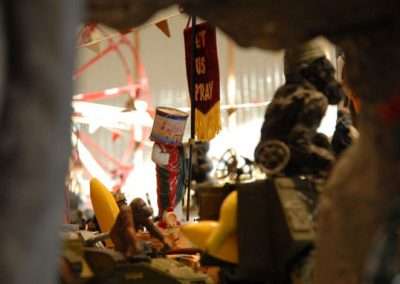 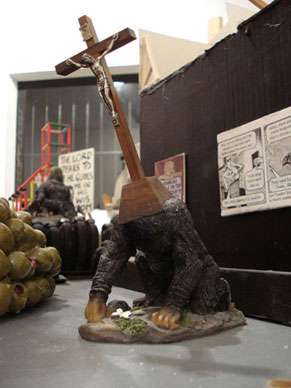 ‘Tanky Monk’ is a large scale sculptural installation, made up of forty smaller pieces grouped together on a huge table. The table functions like an architect’s model or a model railway layout, with a cut-away section in the middle accessible by a hatch like the serving hatch in a bar, or a stile structure.

The layout of the sculptures on the table mimics the way theme park maps guide visitors to their various attractions. Seen as part theme park map, part giant railway set, the viewer is shown a mental landscape of conflicting beliefs and ideas taking the sculptural form of rides, costumed figures in a parade, roller coasters and Christian iconography.

Many of the smaller sculptures constituting Tanky Monk have been born from our interest in the clash between creationists and evolutionists, the conflict between science and faith. It is this conflict of ideas which seems to have become more heated recently with the opening of creationist museums advocating intelligent design and educators fighting back refusing to teach these ideas as science. This idea or conflict of interests we likened to the proximity of the park ‘Monkey World’ to its neighbour, the ‘Tank Museum’, in Dorset. We felt the two were up for a merger and it is in this imaginary theme park that the idea is explored.