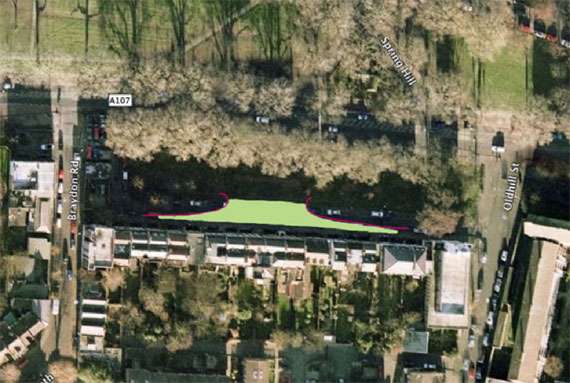 As part of a nationwide project co-ordinated by Sustrans and funded by Esmee Fairbairn Foundation, Clapton Terrace was chosen as 1 of 11 sites nationally to receive funding to create a DIY Streets Project. The aim of the project is to test a model for making streets safer and more attractive and at a low cost; the idea for it followed the government’s announcement that there is no further funding for retro-fit home zones.

Residents had appealed to the London Borough of Hackney for action on this street because of concerns around speeding traffic, obstructive wheelie bins all the pavement and rat-running

Through a process of consultation with residents, Sustrans and LBH over the last 12 months, three possible options for the street layout were proposed. (see fig 2,3,4). Following a vote in the Autumn the residents voted for option 3 (fig 4), further refining this to one central raised table (see Fig 6). 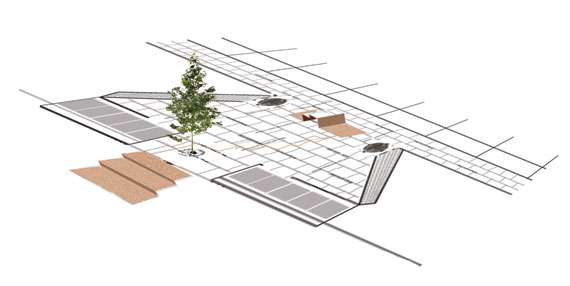 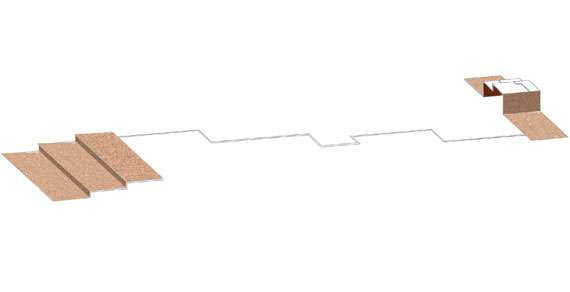 In Dec 2008, the residents commissioned Campbell Works to create the artwork design for the street makeover.

Campbell Works began the process of further consultation with the project partners and residents to design a new functionality for .