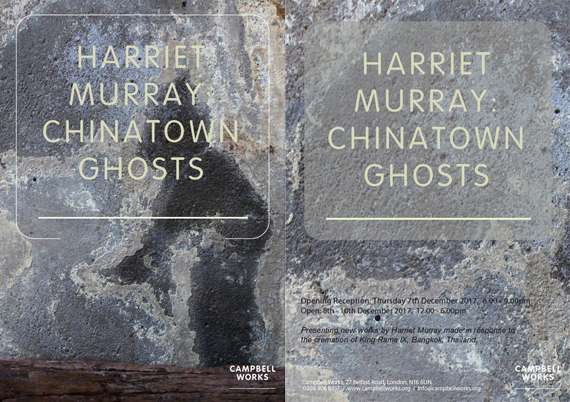 Presenting new works by Harriet Murray made in response to
the cremation of King Rama IX, Bangkok, Thailand.

The dead and the living, seeing and not seeing, hearing and not hearing, censored free speech, we live in a world of duality, seemingly able to negotiate contradictions with ease. Without a blink we carry on, absorbed by life, then occasionally something makes it all stop, just for a moment something shifts. In a brief window as time unfurls we look with different eyes and it becomes possible to see what we have not seen before?

‘China Town Ghosts’ is a new body of work created at such a moment, where the two national identities and cultures of Thailand and China merge in a period of mourning for the death of Bhumibol Adulyadej, King Rama IX of Thailand. Along with the passing of the King a long chapter in Thai history dies with him.

The China Town district in Bangkok is never quiet, never still, it is like the tide, constantly shifting and swelling, chocked by the rivers of tourists, predominantly Chinese visitors looking back in time to a lost China, experiencing outlawed traditions and tastes. Then in late October 2017 following a year of national mourning, King Rama IX was finally cremated. This unique moment in Thai history allowing to emerge for a few brief hours, a calm that in the bustling non-stop, 24/7 cycle of China Town life, has not been witnessed in generations. On the afternoon of the 26th the streets were empty, the cars were still, and the people elsewhere, leaving the fabric of the district naked, its buildings exposed and visible, new shapes emerged, old shapes in light, new shadows, old shadows. A chance to breath deeper, gaze and be transported by ghost plaster, ghost mortar, ghost brickwork, this physical fabric being ghosts natural host.

All work for ‘China Town Ghosts’, was created during a artist residency at Project 198, Prah Prom, China Town, Bangkok, Thailand, during September – October 2017.

With very special thanks to Ekua Yankah, Anikamon Moni and Justin Mills 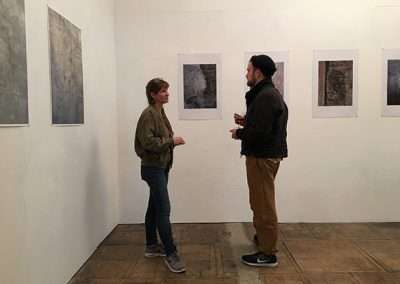 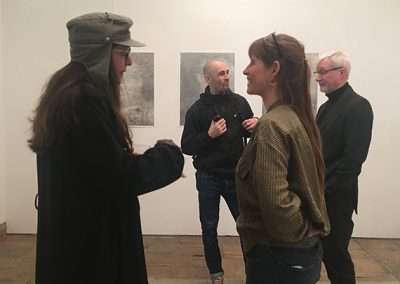 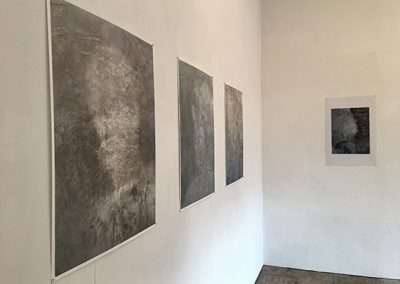 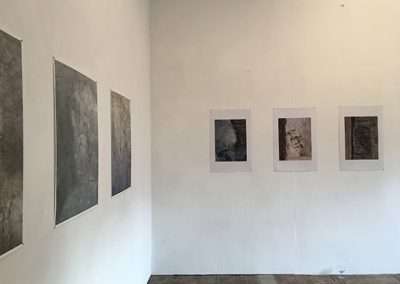