As part of a nationwide project commissioned by Sustrans and funded by Esmee Fairbairn Foundation, the junction of Brooke / Evering Road was chosen as 1 of 11 sites nationally to receive funding to create a DIY Streets Project.

The aim of the project is to create new models for shared space within the public realm.

Residents had appealed to the London Borough of Hackney for action on this junction because of concerns around speeding traffic, a confusing junction layout and rat-running.

Through a process of consultation with residents, Sustrans and LBH proposed three possible options for the junction layout were proposed.

In Autumn 2008, the residents then voted through an open submission process to commission Campbell Works to create the artwork designs for the new junction layout. 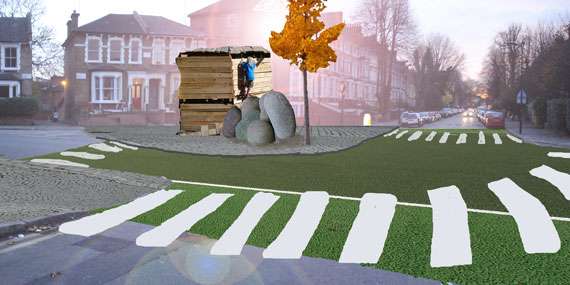 In Dec 2008 Campbell Works began the process of consultation with the project partners and residents to design a new functionality for . The residents identified that traffic speeds are dangerously high and the junction no longer functions as a safe place for pedestrian crossing.

From the outline drawings, and by organising a consultation street event, Campbell Works created three possible design routes that were presented to the resident, that proposed to treat the whole junction as one space, unifying its aesthetics and functionality. 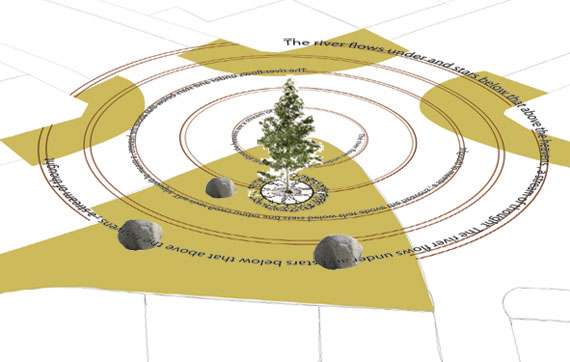