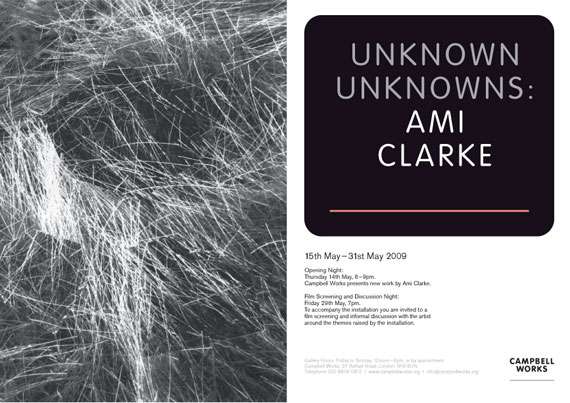 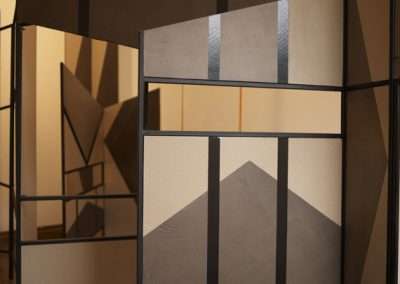 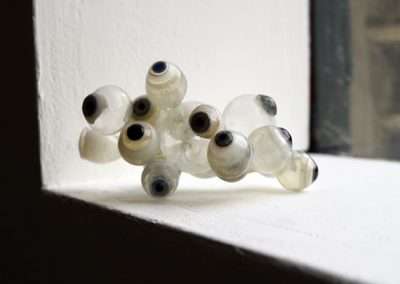 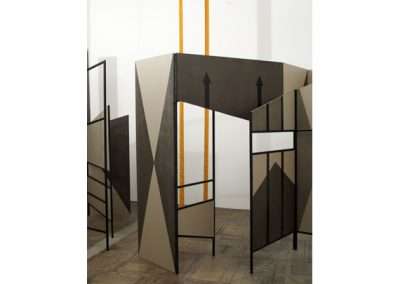 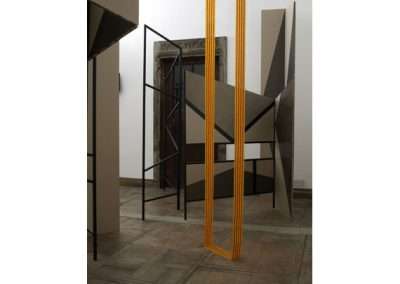 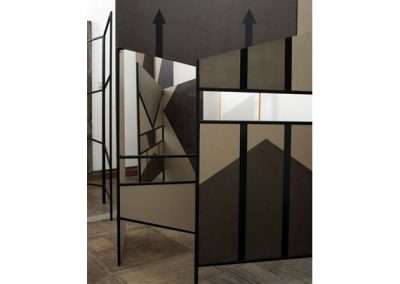 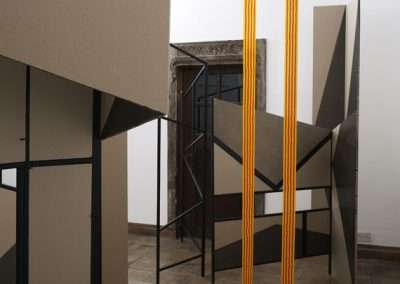 For her first solo exhibition at Campbell Works, Ami Clarke will present a new body of work consisting of a conundrum of folding screens. The works self-assemblage flat pack form, references modular and temporary architectural space, and such structures as the ubiquitous ‘exhibition stand’ of the trade fair.  The screen device unfolds in the gallery space, both navigating territory, whilst refuting permanence as it becomes its own logo, its own legend.

The title for the show draws on a comment made by Donald Rumsfeld, the former US Secretary of Defense during a news briefing in 2002 that betrays itself in its absurdist rendering of an investigation into what might be regarded as the truth. As a statement essentially designed to put the general public and media off the scent, it displayed a remarkable lack of self-awareness, as it alludes to the actual activity of ‘covering up’ the truth, in his mention of ‘unknown knowns’.

Throughout the exhibition, a sense of device, of something happening off-screen, lingers in the air. The shift in perception that is experienced whilst viewing ‘Studies in Space Intuitions’ hints at this human projection.

Created for Campbell Works editions, the audio work ‘Anti-clockwise’, a dubplate recording of the bathwater turning down the plug-hole in the northern hemisphere, takes a common misunderstanding; an international urban absurdity, as its reference point. The work itself relies on the clockwise device of the turntable, not only to play the recording but in doing so, to simultaneously delete itself.

Unknown Unknowns… “ ..the things we do not yet know that we do not know.”  Donald Rumsfeld

With special thanks for technical assistance to Gabrielle Omar.